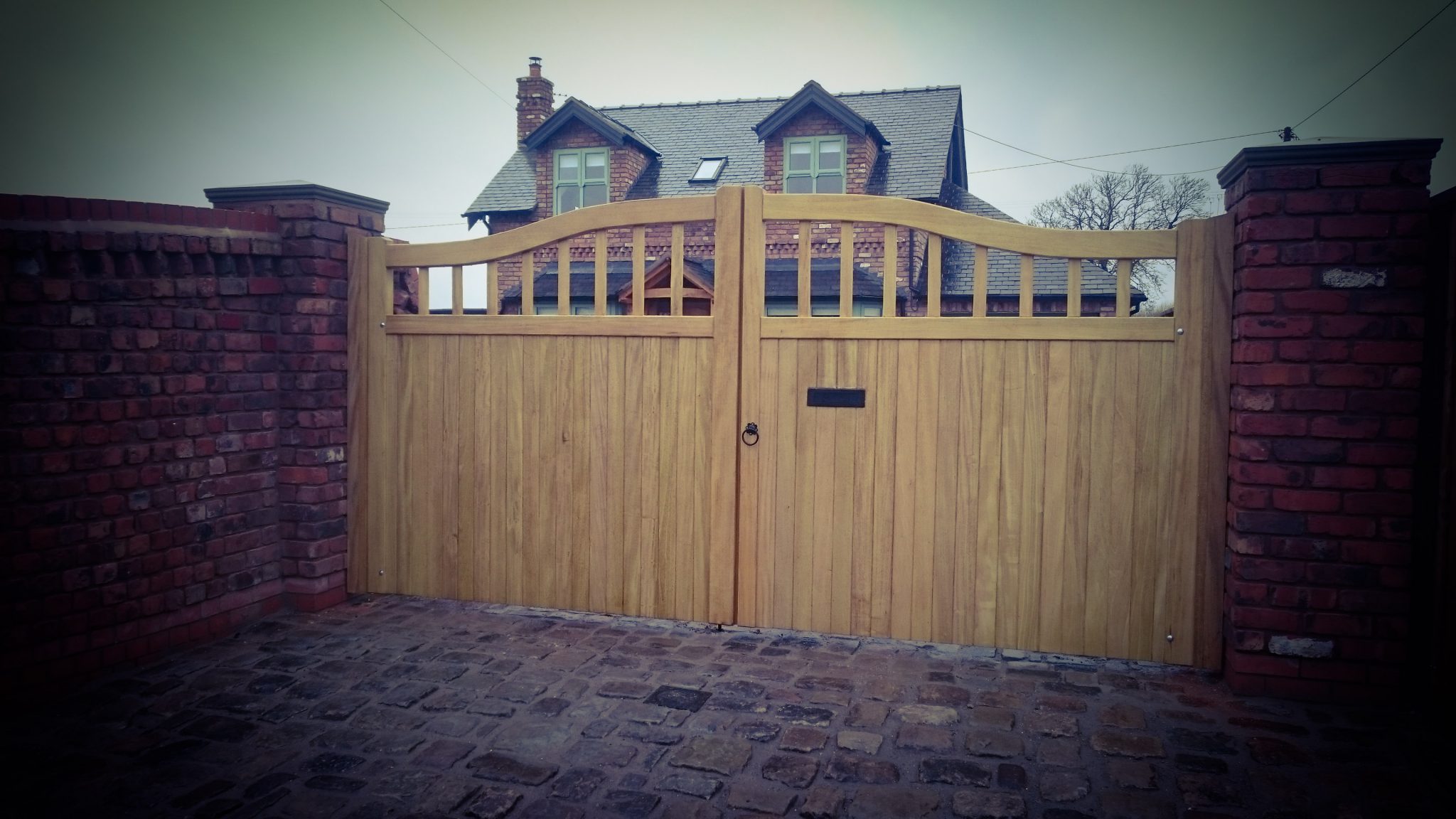 What’s The Difference Between Hardwood And Softwood?

Wood is most often separated into two different varieties: hardwoods and softwoods. These are the woods that we use for our bespoke garden gates, side gates, and driveway gates here at Village Gates. We love using natural timbers because of their great durability and gorgeous natural appearance – we also love the fact that every gate we design and manufacture for a customer has its own unique knotting and graining. However, there’s a little more to differentiate between softwoods and hardwoods than just the actual hardness of the wood.

Softwoods come from evergreen trees, also known as ‘coniferous’ trees. These are trees that have needles and cones that they retain all year-round, regardless of the weather and season. Classic examples of softwood, evergreen trees include Pin, Fir, Spruce, Cedar, and Cypress trees.

Hardwoods, on the other hand, come from broad-leaved trees, also known as ‘deciduous’ trees. These are trees that follow the changing season, dropping their leaves during autumn, remaining bare throughout winter, and flowering again in spring. The seeds of these trees are encased in fruits or pods, and recognisable examples include Oak, Maple, Mahogany, Iroko, Birch, Beech, Ash, Teak, and Walnut.

Which Timber Is Right For Your Gates?

Choosing which timber is the right fit your wooden gate is entirely dependent on your own needs and wants. Everybody will have slightly different preferences and different timbers will suit varying needs. Are you going to want to paint your garden gates, stain them, or allow them to weather naturally over time? Would you rather have a gate that requires regular maintenance to retain its original look, or would you rather have a gate you can leave for longer? What is the current aesthetic style of your home’s exterior – do you want a darker or lighter shade timber for your gates?

As we said above, softwoods are generally more economical than hardwoods, a compromise for the better durability of hardwoods. While there are exceptions to this rule, they are rare. However, that’s not to make you think that by investing in a more affordable softwood gate rather than a hardwood you’ll be shooting yourself in the foot. With the proper maintenance and care, our softwood Scandinavian Redwood gates can provide you with years of life. They may not last as long as hardwoods, but softwood gates can look fantastic and last for years if you look after them.

Hardwoods are less knotty in appearance than softwoods – something that means that many people prefer the aesthetic appearance of hardwood gates. While that is entirely down to personal preference and taste, it’s worth considering how important the appearance is to your gate before choosing a timber. It’s very difficult to emulate a hardwood appearance using stains on a softwood due to this knotting.

What is the desired aesthetic and appearance for your home’s exterior, including features such as your driveway gates? Depending on the current colours and style of your home, different timbers may fit better than others. Iroko, for example, is a durable hardwood that varies in colour between light browns to dark, golden browns. It has quite a coarse texture and many people choose it to emulate the appearance and features of oak.

Idigbo, on the other hand, is a hardwood that colours slightly lighter, coming in shades from light yellows to light browns. Known for its straight grain and coarse texture, Idigbo also finishes very well, making for some great fine finishes with a bit of bespoke work.

Scandinavian Redwood is one of the most popular softwoods on the market. It comes in shades from a pale yellowish-brown to reddish-brown heartwood and a lighter sapwood. A lot of our customers love the unique appearance, but it’s certainly worth noting that it will require more frequent treatment than hardwoods in order to maintain its longevity and durability.